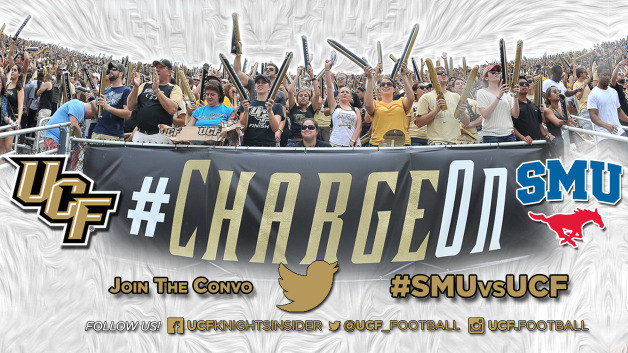 Although most of college football’s rivalries meet on the field this week, several kicked things off early last week, like Lehigh and Lafayette, UNC and Duke, and South Dakota and South Dakota State. There were a few others, but those three matchups all made our roundup.

Here’s what we noticed around college football during Week 13….

Last week we showed you a great game day page from Auburn, and this week we have another gameday-related page for you: UCF’s “Ten Tweetable Tidbits.” Not only does this page give fans fun facts, it allows them to easily tweet those facts and incorporate the hashtag for that week’s game:

END_OF_DOCUMENT_TOKEN_TO_BE_REPLACED

Our days in football stadiums are cooling off (literally) while the spotlight on the basketball court heats up. But we haven’t had to scrounge for scraps just yet. Once again, we’re happy to see the hits outweighing the misses and we’re expecting big things on the horizon from these college bowl games. 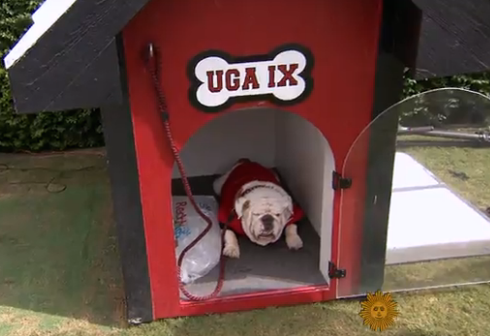 On game day, there’s a ton to keep up with. Auburn is making game days easier for its fans with these awesome game day primers. On its website, you can find everything you need to know about the game—and we mean everything. On. One. Page. This includes:

END_OF_DOCUMENT_TOKEN_TO_BE_REPLACED

The content shock is coming: what to do about it 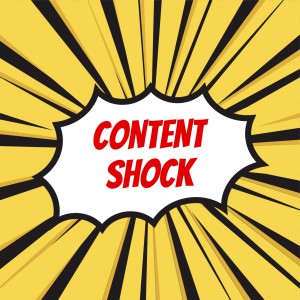 At the beginning of this year, noted marketing thought leader Mark Schaefer of {grow} wrote a now somewhat infamous blog post titled Content Shock: Why content marketing is not a sustainable strategy. If you haven’t read it, I’d recommend taking a moment to do so. His basic theory is that we are nearing the intersection of increasing volumes of content with our limited human capacity to consume it.

In other words, as companies jump on the content marketing bandwagon in droves, pumping out blogs, e-books, reports, videos and more, it’s becoming harder and harder to get people’s attention and succeed with the strategy. Just a few years ago, if you put a blog up and plugged away at it, you were a first mover and were pretty much guaranteed to have some success and earn attention from the audiences you were trying to reach. Today it’s much harder. END_OF_DOCUMENT_TOKEN_TO_BE_REPLACED 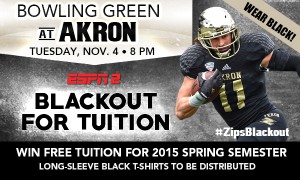 on using the hashtag #ZipsBlackout the most during a defined period of time prior to the game. END_OF_DOCUMENT_TOKEN_TO_BE_REPLACED 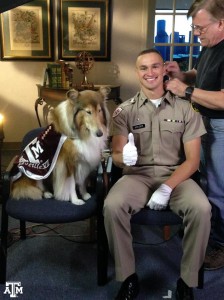 Football’s off-the-field drama has consumed headlines, Twitter and television screens unlike ever before, and in Week 4 that bled down to the collegiate level. While we’ve got no shortage of misses this week, fear not—we were able to scrounge up some feel-good stuff, too. Check out everything we chalked up in our weekly batch of college football marketing and public relations hits and misses.  END_OF_DOCUMENT_TOKEN_TO_BE_REPLACED 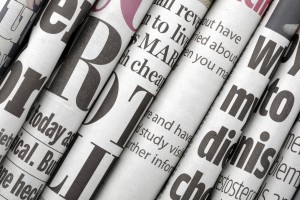 It’s been a long week, and we’re ready to kick off our shoes, throw on some sweats and sink into our cozy couches. Who’s with us? But before we check out and get lost in what’s ahead, let’s look back at what swept headlines this week (in PR, social media and marketing—because that’s the fun stuff).   END_OF_DOCUMENT_TOKEN_TO_BE_REPLACED 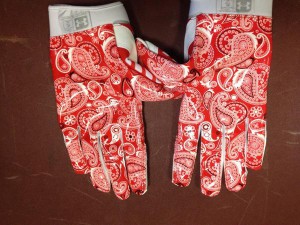 Quite a few schools paid tribute to those who lost their lives on 9/11, some with direct references to the tragic event and others with patriotic uniforms and helmets as they celebrated military appreciation. END_OF_DOCUMENT_TOKEN_TO_BE_REPLACED

We’re two weeks deep into college football season, which means teams are finally starting to shape their records and rankings. But while players are showing their grit on the gridiron, there’s plenty of play outside the lines—and we’re keeping score. 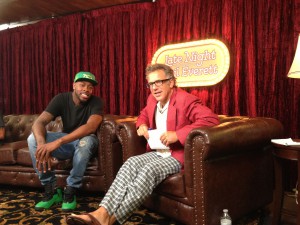 Last week, Kristi broke the seal on our new blog series naming the top hits and misses for college football promotions, public relations and marketing. She and I will be racking these up all season long, so be sure to check back with us every Tuesday for the scoop. Take a look at our picks for Week 2.

END_OF_DOCUMENT_TOKEN_TO_BE_REPLACED 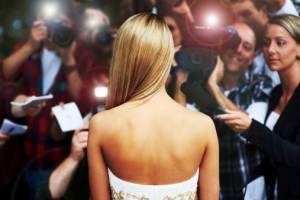 Get your head out of the iClouds and grab a pumpkin spice latte—it’s time to welcome the weekend. Though it was a short work week, it certainly didn’t skimp on major headlines. Let’s take a look at the whirlwinds of the week in PR, content marketing and social media news.

END_OF_DOCUMENT_TOKEN_TO_BE_REPLACED 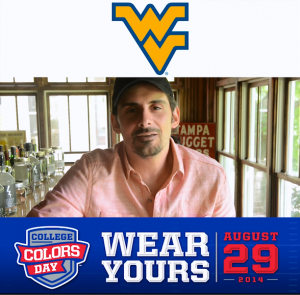 I do think Tennessee is missing out on an opportunity to capitalize on this stroke of marketing genius, however. END_OF_DOCUMENT_TOKEN_TO_BE_REPLACED