Why #GIRLBOSS interview missed the mark (and the message)

September 17, 2015
by: Reputation Ink in Marketing strategy No comments 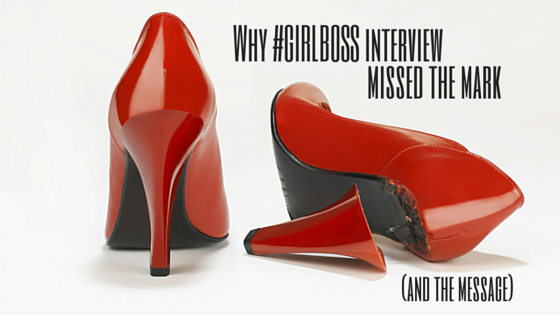 As my professional career chugs along, I continue to gain a greater understanding of what truly energizes me day in, and day out. Female empowerment—that’s emerged as another biggie for me. Following the stories of women who’ve rocked the business world inspires me, it motivates me. It’s something I’ve loved about walking into the doors of Reputation Ink every day.

Our CEO, Michelle, started our agency from the ground up with a team of talented, ambitious women by coincidence, not design—and I’ve felt honored to learn, and thrive, in that environment.

Learning is integral to our content marketing agency, and it’s one reason why our team shipped off to Boston for HubSpot’s #INBOUND15 conference last week. While I was eager to indulge in sessions featuring my natural espressos (writing, content strategy, etc.), I’d be lying if I said I wasn’t most giddy about the star-power of the session speakers. A conference that attracts 13,000+ people around the world would feature comedians Aziz Ansari and Amy Schumer, BuzzFeed founder Jonah Peretti—the list goes on.

She founded NastyGal—an online women’s fashion retailer that takes the 50 percent of my wallet Starbucks doesn’t. She’s also the author of #GIRLBOSS: a memoir about growing NastyGal, accessorized with “insights on entrepreneurship and career advice for young women.” Female empowerment. 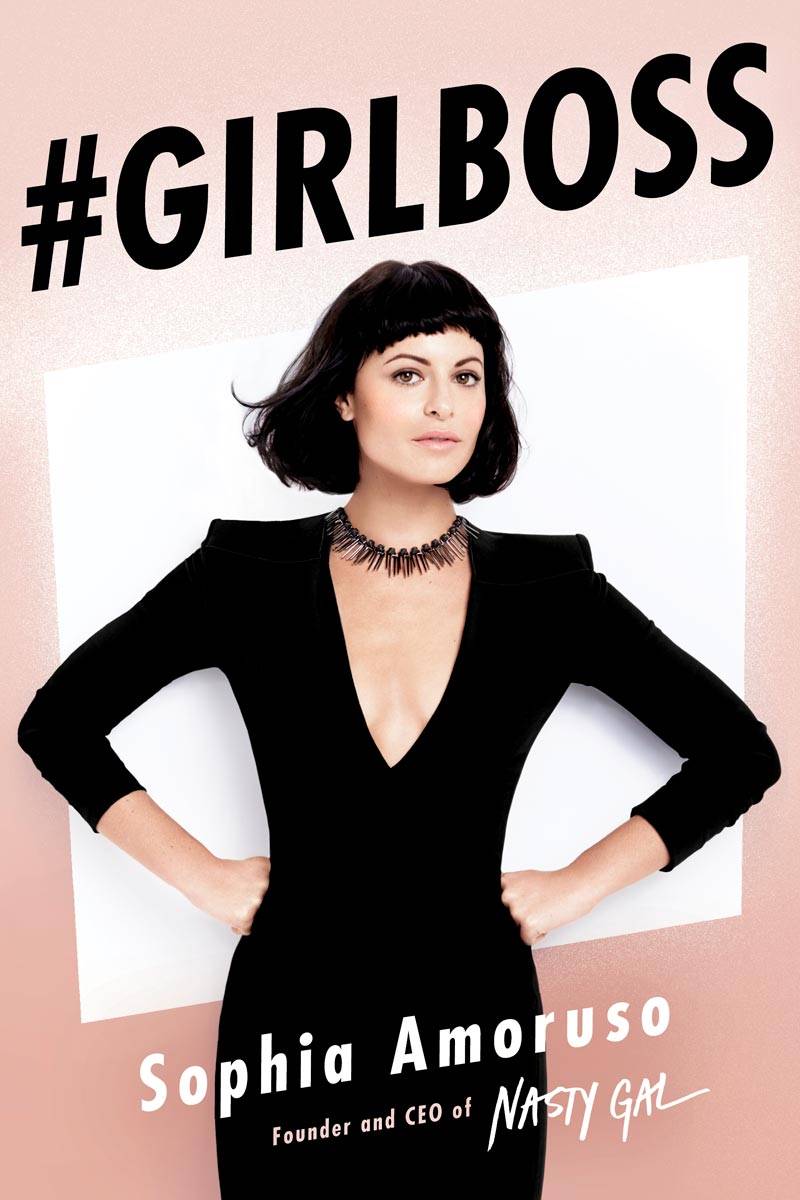 It’s a book that’s been in my iBook cue for a while now. I’ve already rifled through titles I can only assume were similar, recently finishing Kate White’s I Shouldn’t Be Telling You This (highly recommend), Sheryl Sandberg’s Lean In, Thrive by Arianna Huffington. If this session would mirror even a fraction of what I’d taken from those pieces, I’d be more than pleased. I punched her session into my Google Calendar.

(Plus, there was something that seemed oddly familiar about Amoruso…) 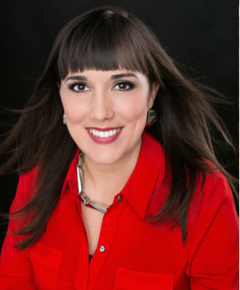 (Other thought: Do I need bangs and/or a wind machine?)

Marketing has a ton of chicks, man.

While female empowerment is something that you know energizes me, in marketing, I’d imagine I’m not the only one it jolts.

Marketing is an industry dominated by women, facing a shit ton of challenges. What are the numbers? When I was Googling percentages, the below suggestions came up.

I got pissed and stopped looking. Anyone in marketing or communications can tell you it’s a hell of a lot.

So, not surprisingly, the audience for Amoruso’s session was brim with chicks fan-girling.

I settled into my seat for Amoruso’s session early, snagging a spot that would allow for an optimal Snapchat photo (and optimal space for my larger-than-life briefcase).

Surprisingly, at a conference dedicated to inbound marketing, or key principles including:

… the session missed the mark.

Defining your message—and sticking to it.

I’ll be straight up. Nothing inherently awful happened. In fact, there were some solid takeaways. Here are some I jotted down:

But my issue is, that when honing in on the bigger picture—female entrepreneur/empowerment stuff—she missed it. Maybe she didn’t prepare. Maybe she wasn’t prompted by the interviewer in the best way (I studied journalism, I know how to eff this up). Asking the right questions is integral to eliciting the right answers. This situation was probably a mix.

From a journalistic standpoint, the interviewer completely missed the fact that we were in the first days of New York Fashion Week—something not even mentioned. The only fashion bit the two touched on was what would be the next big thing in fashion, to which Amoruso replied was “marsala”— a color similar to burgundy. Both of them giggled back and forth that it sounded like a food dish, perhaps Indian.

@Sophia_Amoruso on this year's hot color: "Marsala…it sounds like something you'd order at an Indian restaurant." #GirlBoss

(Amoruso is Italian: something she noted earlier in the interview.)

I don’t have anything wrong with Amoruso’s opinions. They’re just that: opinions. Everyone has a right to them. My beef is that she deviated from what I, and many others, presumed, to be the #GIRLBOSS message, the #GIRLBOSS platform. What she built her brand on: female empowerment.

If you’re dedicating your brand to being a #GIRLBOSS, a female entrepreneur and business owner, then why wouldn’t your answers and messages support that, or at least touch on it? Inspire?

After years of dedicating her life to her business, of course I understand that she’s eager and excited to take a step back and immerse herself in family and relationships. In fact, that’s fantastic. In fact, it would’ve been admirable for her to say that being a #GIRLBOSS doesn’t mean you have to pick one or the other (the overriding theme of most feminism today). But her message, as it came across, didn’t relay that.

Walking into a speaking engagement after stepping down as the NastyGal CEO and fresh off allegations of firing pregnant employees, her message has become blurred recently. What’s her message, exactly? And as someone who’s taking speaking engagements (and getting paid for them) in front of thousands of young women, that’s a real problem. In fact, when the interviewer asked her why women should “follow her” she said they shouldn’t (unless it was on Twitter or Instagram).

Another woman who took the #INBOUND15 stage: Chelsea Clinton. I’ll be honest, I wasn’t thrilled about having a politically charged figure come into our marketing conference.

In fact, I planned on sitting in on Clinton’s session (the first of the morning) to guzzle down enough coffee to propel me to Ann Handley’s sure-to-be-packed session early.

Instead, I used that caffeine to dial in deeper to Clinton’s entire session. What made me stay?

It was so clear to me that Clinton prepared, and tailored, her message to her audience. She stayed true to her brand. Here’s how:

"Girls watch movies and see themselves only in Disney princesses, not Disney heroes."@ChelseaClinton laying it down at #INBOUND15

advantage of her platform and stayed true to her message. She knew her audience.

I’m not hating on #GIRLBOSS, I respect and love the NastyGal brand and what Amoruso has accomplished (my bank account can prove it). But, I’m wondering if the fact she took the stage to Taylor Swift’s “Shake It Off” was prophetic.

(Taylor Swift, by the way, has been using her platform fantastically, in her “Video of the Year” speech for the MTV Movie Awards saying, “There’s been a lot of discussion about this video and what it means, but I’m just happy that in 2015, we live in a world where boys can play princesses and girls can play soldiers.”) 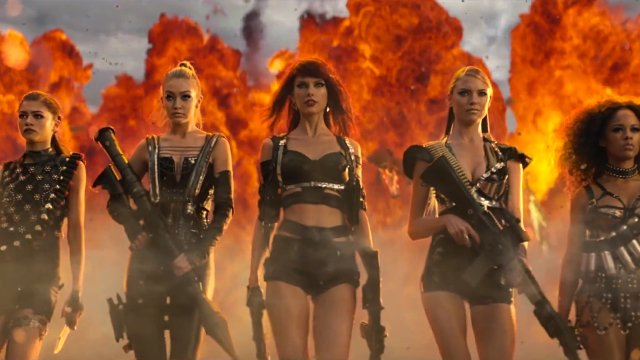 I’m not a hater. That’s not what this is. I’m not a psycho feminist either. (Feminist, sure; psycho, debatable.)

I just wished this opportunity would’ve been seized. To me, it was missed. Overall, I didn’t leave that session feeling energized nor empowered.

I left confused about the message of #GIRLBOSS and her mission. The worst thing someone can take from your brand.

As the audience funneled out, I wondered if they felt the same.

“Wow—she looked fantastic!” a gaggle of 20-somethings chirped as they scurried out of the ballroom.

There was my answer. Decaf. 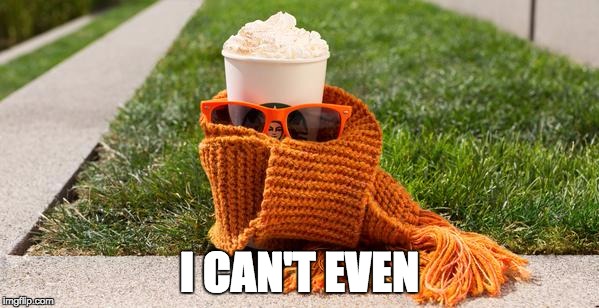 Did you see the #GIRLBOSS #INBOUND15 session? What were your thoughts?