Showcasing Your Shortcomings: How transparency makes your marketing stronger

September 24, 2015
by: Reputation Ink in Marketing strategy No comments

Don’t just mention your weaknesses, lead with them 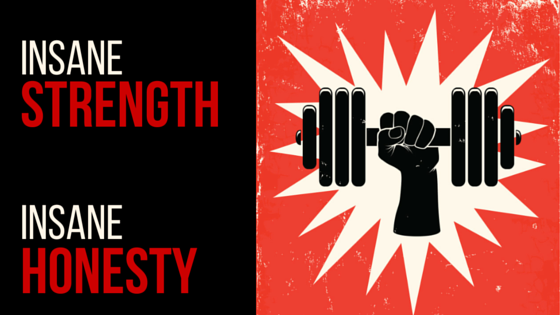 Round two of the Republican Party debates ensued last week, meaning the run to the 2016 presidential election is well under way. If you carved out a few hours of your life to listen to it, I commend you, I really do.

Because you probably found it more like a poorly put-together reality TV show than an official political debate.

Amazingly enough, the debates do offer some beneficial material for content marketers – a lesson on exactly what NOT to do.

Political tactics are textbook no-no’s, which might explain some of the social media responses they got: 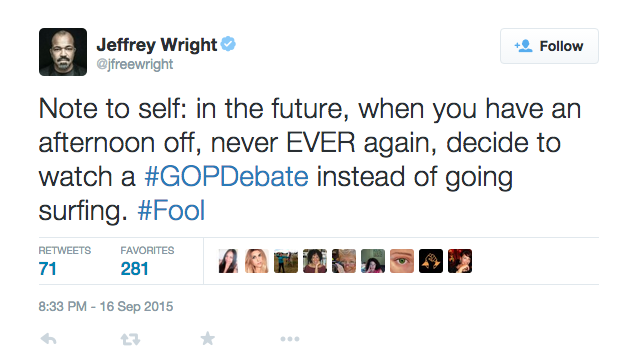 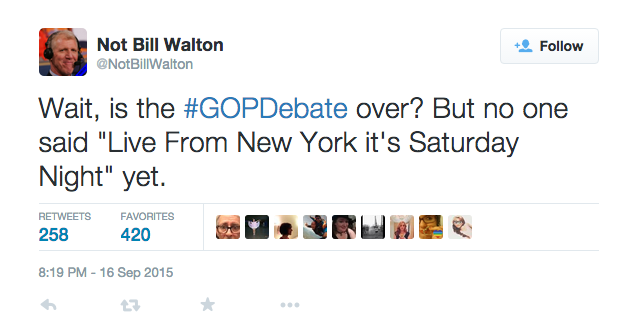 Even politicians are tired of their own crap.

Simply put, there’s virtually no transparency in the messages politicians are trying to deliver. It’s incredibly difficult to decipher each individual’s actual intentions, considering most of what the public sees is catty banter and lots of chest puffing.

If there’s one thing that will ruin your brand in the public eye, it’s a lack of authenticity. Before you can deliver your expertise, you must have your prospects’ trust. It’s well known that politicians are not to be trusted. I mean, Donald Trump is now amongst their ranks. That’s reason enough.

Doug Kessler, of Velocity Partners, recently spoke at HubSpot’s Inbound conference in Boston, where he urged marketers to be insanely honest, which goes beyond your run-of-the-mill ethical obligation to tell the truth. Kessler proposes you cut the bullshit and lay your shortcomings out for everyone to see. So, basically the exact opposite of what politicians do.

Ask not what politicians can do for your marketing (just don’t, they’re wrong)

If you take nothing else away from their circus acts, learn what NOT to do in your own marketing when it comes to these topics:

How to treat your competitors

What NOT to do: Slander your competitors mercilessly. Politicians seem to enjoy the campaign mudslinging, doing everything they can to damage the opposing candidates’ images.

Insanely honest alternative: Your competitors are hard workers, too. They’re probably doing some things right, and you should openly commend them for it. It doesn’t make you look bad to admit that someone else had a good idea; in fact, it’s rather humbling, It shows that you respect who you’re competing against; prospects will appreciate that. At any rate, it certainly puts you in a better light than trying to tarnish someone else’s reputation.

Dealing with your shortcomings

What NOT to do: Cover them up as hastily and thoroughly as possible. Everything about politicians screams fake, from their smiles to their rehearsed tidbits on the most arbitrary of talking points. Perhaps the most obviously unbelievable part of all that is the supposedly flawless history they all claim to have. No one’s perfect; don’t bother pretending to be.

Insanely honest alternative: Own your mistakes. If you screw something up, acknowledge that you did. Be totally honest about what happened, even if it’s something so silly as the office dog chewed through a wire (we have an office dog, it could happen). Let it be known what you’re doing to fix the problem and how you’ll work to prevent it from happening again. It’s important to remember that behind every company’s logo, even the big ones, are people, and people understand that mistakes happen. What they won’t tolerate is someone trying to deny a mistake ever occurred in the first place.

Getting your brand out there

What NOT to do: Make broad claims that sound good but don’t actually say anything. That’s essentially what a political campaign is, right? A well-organized collection of dressed up rhetoric meant to somehow appeal to everyone. Even politicians probably don’t believe half the stuff that comes out of their mouths. How can you expect prospects to believe your message if you don’t?

Insanely honest alternative: Forget trying to cover what it is your company does, move straight to what you don’t do. Sure it’s a little counterintuitive, but it’s worth trying. Be straightforward about services you don’t offer, and you’ll find that it’ll save you, and your potential prospects, lots of time down the road. They’ll appreciate you cutting to the core of what you do, and you’ll appreciate not having to deal with clients that are more of a burden than anything else. 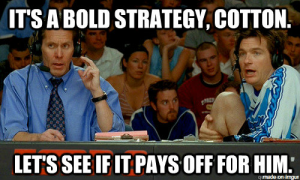 Sure, “insane honesty” is a risky move, but if you know how to implement it correctly, it’s totally worth it. It pays off, Cotton. According to Kessler, here’s why:

It attracts the right buyers

It drives away the timid, not-ready buyers and attracts those who know exactly what they want. Detailing what you’re not can go just as far as explaining what you are. Unsure buyers shy away at the first sign of anything negative about the company they’re researching. They won’t want to do business with you if they read about what you don’t do well, and this is a good thing. Insane honesty weeds out those buyers so you don’t have to during the sales process.

The ones looking for a dedicated team to deliver effective results will say, “We can work around that weakness because these people are worth it.” Insane honesty cuts down to what both you and your buyers want: a confident, productive relationship.

It shows your confidence and creates trust

Owning your shortcomings is somewhat of a shock to most people. It’s refreshing and admirable. It will undoubtedly grab the prospect’s attention and probably charm them, too.

Accepting one’s own weaknesses is at the same time humbling and empowering. It takes a great deal of confidence to do so, and reflects how sure you are that you can get the client what they need. They will notice.

The right buyers – the ones you want, not the ones still on the fence – will respect what you’re doing, and they’re more likely to trust the rest of your content. After all, if someone is that straightforward about their weaknesses, they must be telling the truth about their strengths, right? 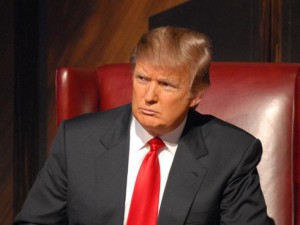 Rather than making general claims about what you do well, which the buyer may or may not choose to believe, specifically addressing your shortcomings lends your entire brand a perceived authenticity, which goes a long way with buyers. First impressions are important; don’t ruin yours with a series of vaguely positive promises.

So, this all sounds good in theory, but how do you actually implement insane honesty?

When addressing your weaknesses with prospects, don’t take the interview approach; you don’t need to morph negatives into positives. Chances are, there are people out there who don’t consider your weaknesses to be weaknesses. While a certain aspect of your company may limit what you’re able to do, it probably means you’re doing something else really well.

You’re a small business
“We don’t have a huge staff so it’s difficult to take on a big workload, and some projects may take a little longer than is preferred. If you’re looking for a company that can deliver instant results, you should probably consider someone else.”

Your company provides a limited service
“We don’t take on many of the projects our competitors do, so we may not be a good fit for your company if you’re looking for someone to handle every aspect of your media content. We learned early on that video content is what we’re good it, but we realize our expertise may be a bit too narrow for some people.”

Those are somewhat vague (if I’m being honest) examples of how to be perfectly transparent with prospects, but they provide useful guidance on how to use your weaknesses to your advantage. Without explicitly saying so, detailing your weakness implies that you make up for it in other areas of your business, about which serious buyers will be interested in learning. Acknowledge what some people may not like about you and leave it at that.

If you’ve seen examples of insane honesty, I’d love to hear about them in the comments below. Let me know if you think it’s a good idea, or a bad one (be honest).