The resulting outrage exploded across the media landscape, prompting Abercrombie boycotts and providing ample fodder for the late-night TV shows. The brouhaha even sparked a grass-roots campaign to transform Abercrombie into a brand associated with homeless people.

By the end of the year, Abercrombie shares had fallen nearly 30 percent from the previous year and Jeffries had narrowly survived a shareholder attempt to have him removed — all while being named the Worst CEO of the Year and landing a spot on Jim Cramer’s Wall of Shame.

Were all of Jeffries’ troubles due to his tone-deaf remarks? Of course not. But at a time when his company’s most famous brands were struggling, the comments — and Jeffries’ subsequent tepid apology — added fuel to the fire, causing Abercrombie’s sales to plummet even further.

And that’s a lesson more companies need to learn: While bad PR may be temporary, it can have long-lasting effects on a brand’s bottom line. 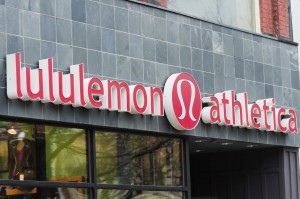 Take Lululemon. When customers of the women’s athletic wear complained about pilling and see-through yoga pants, founder Chip Wilson ripped a page out of Mike Jeffries’ PR playbook and said the problem was not the product, but the (large) women wearing them. By year’s end, Lululemon’s sales had dropped and Wilson had stepped down as chairman from the company he founded.

Not all bad PR will cost a top executive his job, of course; and in future posts, we’ll discuss strategies for weathering an unexpected PR storm. But to start, companies would do well to learn the lesson that Mike Jeffries and Chip Wilson learned the hard way: When your brand is struggling and you find yourself in a deep PR hole, stop digging.

To learn more about effective public relations strategies, contact me at 904-374-5733 or michelle@rep-ink.com.