From blah to ah-ha! How to write law firm case studies that win new business 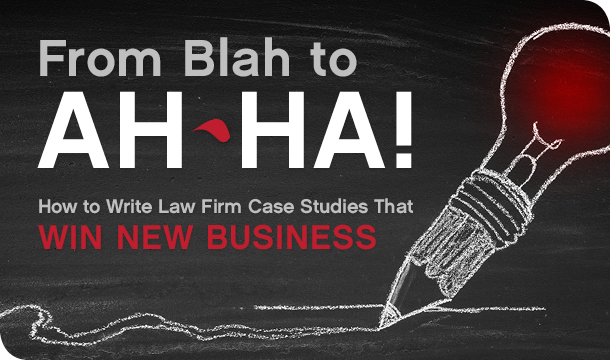 This post was first published on Law Journal Newsletters.

Visit any law firm’s website and you’ll find bulleted lists of representative matters and deals that look like this:

This might be the most wasted opportunity in the land of wasted opportunities called Law Firm Marketing. While laundry lists of every single matter an attorney has ever touched may be helpful on a resume, it’s much less effective for law firm marketing goals.

END_OF_DOCUMENT_TOKEN_TO_BE_REPLACED 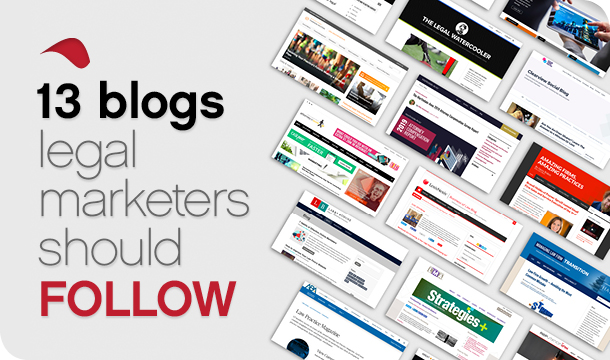 I love a good Stephen King book — and not just because I’m into spooky stories and horror movies. The man can write. He knows how to develop characters, build suspense and illuminate intricacies of the human condition.

Like a lot of things in life, great writing comes with practice and learning from others.

King’s advice? “If you want to be a writer, you must do two things above all others: read a lot and write a lot.”

So, if you want to be a better legal marketer and produce results that get noticed by your supervising attorneys, don’t stop learning. Stay current by following thought leaders and reading blogs that share what’s new and what’s next in legal marketing.

END_OF_DOCUMENT_TOKEN_TO_BE_REPLACED

The hidden costs of cutting your legal marketing budget 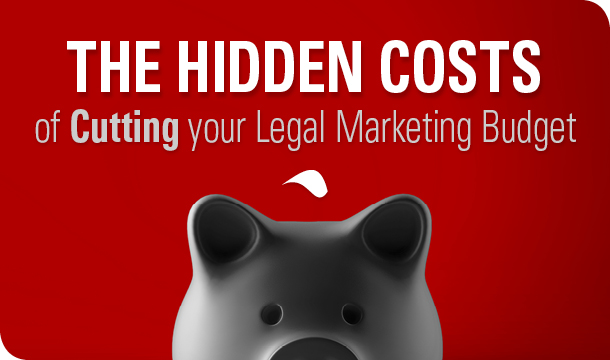 It’s the classic chicken-and-egg problem: You don’t have money to invest in marketing, but you need marketing to grow. And while there are plenty of studies clearly demonstrating a direct link between law firms’ marketing investment and financial growth, many firms still choose to cut back on marketing when money gets tight.

This was one of the findings from a recent study by the Thomson Reuters Legal Executive Institute. In the 2018 Dynamic Law Firms Survey, law firms categorized as “static” (no growth or contraction) reduced their marketing spend by 1.7% in 2017. That’s a 5% point difference from “dynamic” (high-growth) firms, which grew their marketing spend by 3.4%.

So why do many law firms still axe the marketing budget first when looking to save money? My guess is that there’s a lack of understanding surrounding the many hidden costs of cutting marketing. Below are seven of these tangible, day-to-day losses and how they impact a law firm long after the financial crunch is over.

END_OF_DOCUMENT_TOKEN_TO_BE_REPLACED 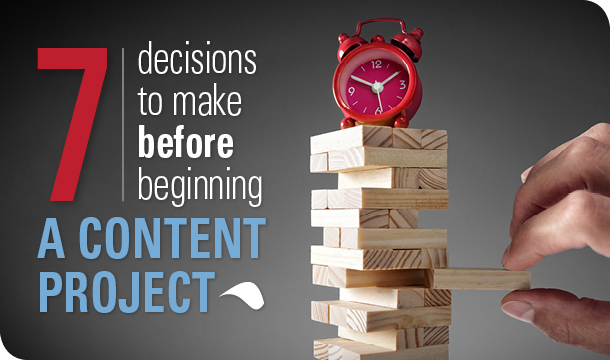 Content projects — such as website updates and new bios, practice group descriptions, case studies and project descriptions — may seem simple at first glance. Just figure out what needs to be written, do the research, conduct subject-matter-expert interviews and start writing…. Right?

Before you ever set fingers to keyboard, you must first make several key decisions that will guide your content project, saving you from future headaches, disagreements and inconsistent (and thus unprofessional) content.

END_OF_DOCUMENT_TOKEN_TO_BE_REPLACED

Differentiate your law firm marketing with personality and a unique voice

May 22, 2019
by: Steven Gallo in Law , Marketing strategy , Content marketing 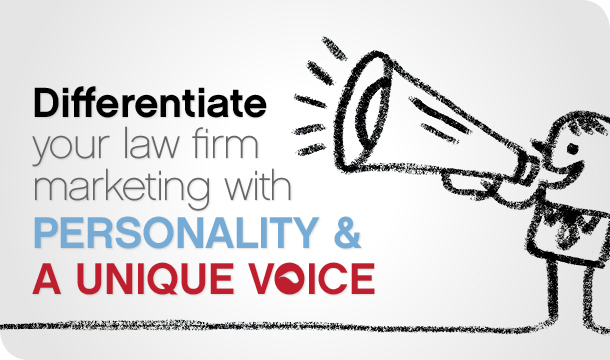 What does your law firm’s marketing content say? Does it have a voice? Is anyone listening?

Nowadays, all of us — yes, that includes your firm’s clients and potential clients — are inundated with emails, advertisements, notifications and social media posts around the clock.

That means standing out is more important than ever… but that can be hard for a buttoned-up law firm.

END_OF_DOCUMENT_TOKEN_TO_BE_REPLACED

Law firm diversity: How to showcase your efforts (and not be fake) 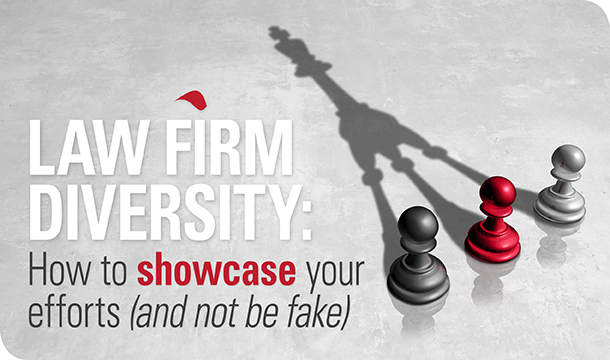 The issue of diversity in the modern law firm is a hot issue right now, and rightfully so: Recent figures from the National Association for Law Placement (NALP) show that in 2018, just one in five equity partners were women (19.6%) and only 6.6% were racial/ethnic minorities.

And just earlier this year, the all-white partner class at an elite law firm stirred a national debate on law firm diversity, including in-depth coverage in The New York Times. (Yeah, you can’t exactly sweep them under the rug.)

END_OF_DOCUMENT_TOKEN_TO_BE_REPLACED 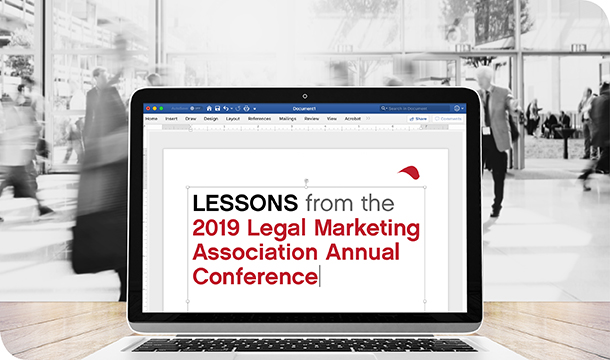 This week, more than 1,500 attendees gathered in Atlanta, Georgia, for the 2019 Legal Marketing Association Annual Conference. I try to attend the conference every year, as it’s one of the best networking and educational opportunities in the legal marketing profession.

While I couldn’t attend every session (I’m good, but I ain’t that good), I wanted to give you a brief overview of three sessions covering three different, but critical topics: diversity, economic trends and marketing technology.

END_OF_DOCUMENT_TOKEN_TO_BE_REPLACED 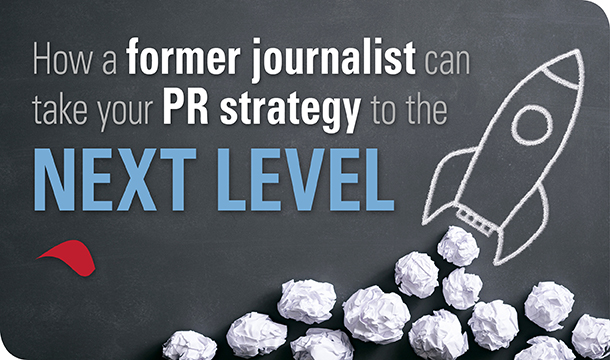 Let’s not sugarcoat it: Journalists and public relations professionals don’t always get along. But, both camps play an important role in the world of communications, and oftentimes one’s job can depend on the other.

If your business is looking to grow its presence and revenue through earned media and public relations, who better to help than someone who’s played for both teams?

END_OF_DOCUMENT_TOKEN_TO_BE_REPLACED 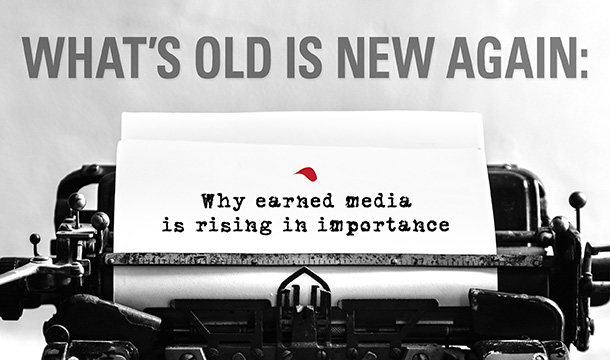 So what does this have to do with you, the business-to-business (B2B) or professional services marketer? END_OF_DOCUMENT_TOKEN_TO_BE_REPLACED